This post is a part of a series for my blog where I break down YA novels. It’s not a review, but rather an analysis of what I liked and disliked within a YA context. This post’s analysis is about Seafire by Natalie C. Parker.

Emilie
Emilie Morscheck is the Australian author of speculative short stories and novels. While working on her first novel she found the time to study engineering and arts at the Australian National University. Emilie was a participant of the Toolkits Fiction program and a creative editor at the ANU's student paper Woroni. Her works on Wattpad.com have over 50,000 reads. In 2019 Emilie received an artsACT grant to edit her YA fantasy novel “The Girl with the Knife”. She is a fan of kelpies, selkies and watery graves. @EmillieMorscheck
analysis fantasy motivation seafire worldbuilding YA 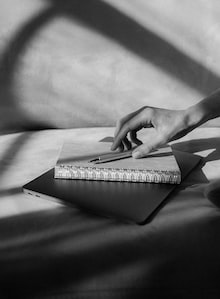 Finding the Motivation to Write